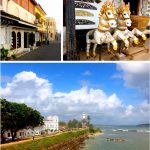 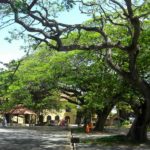 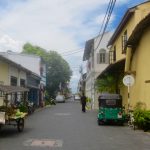 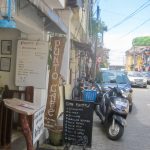 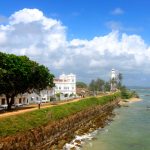 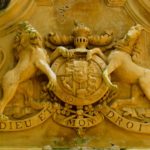 GALLE FORT was built in 1588 by the Portuguese, then extensively fortified by the Dutch during the 17th century from 1649 onwards. It is a historical, archaeological and architectural heritage monument.

Today, in the old town you will find nice restaurant, authentic cafees, art galleries, small boutique hotels and the most charming small souvernirs shops. Spend a day with sightseeing, shopping and delicious food!

The fort has a colourful history, and today has a multi-ethnic and multi-religious population.The Sri Lankan government and many Dutch people who still own some of the properties inside the fort are looking at making this one of the modern wonders of the world. The heritage value of the fort has been recognized by the UNESCO and the site has been inscribed as a cultural heritage UNESCO World Heritage Site under criteria iv, for its unique exposition of “an urban ensemble which illustrates the interaction of European architecture and South Asian traditions from the 16th to the 19th centuries.”

No images found!
Try some other hashtag or username